Lifting Hook “On-Load” Gears are among the most critical components of a Lifeboat system. Special attention must always be given to ensure its proper function, especially if the lifting hook is fitted with an ‘On-Load’ release gear mechanism.

This type of lifting hook mechanism allows the lifeboat to be release from the ship even if the lifeboat is still hanging on its wire falls.

Such function is critical in emergencies and the lifeboat has to be launch even before it is water borne. Hence it is important that such mechanism is always in a proper operational condition.

In servicing the ‘On-Load’ release mechanism special attention is paid to both the actuating cables and the locking cam mechanism.

Both the cables and the cam mechanism must be adjusted and calibrated such that the forward hook and the aft hook are simultaneously released. It is also very important that in a ‘closed’ position both forward and aft release cam are in a ‘zero’ turning moment locked position.

On completion, release test will be conducted to proof its proper function. 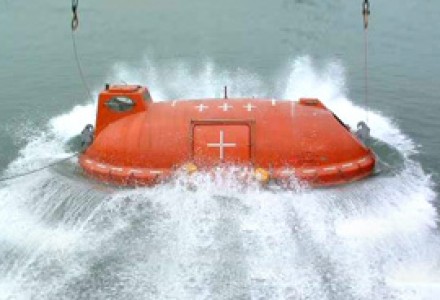